Five Tips for Creative Use of Games in the Classroom

I was an extremely shy child who would rarely speak up in school, but it was games that helped me discover my voice. My high school friends and I played a lot of word guessing and improvisational theater games. These provided new ways of expressing myself—often more through movement than speech, and, as they scored points for my team and earned the praise of my peers, they built confidence and melted away my shyness. It wasn’t the competition of these games that lit me up—it was the connection.

That’s one of the reasons why I have used games throughout my career as a teacher. Not only do they build language skills, but they also help foster an environment where essential skills like creativity and collaboration can be developed naturally, in a fun, playful way. I’d like to share five tips for using games in the classroom, based on what I’ve learned over the years.

Rather than considering games and playful activities as an extra that is “just for fun,” what if we saw them as more of an engaging challenge or a skill-building opportunity with a clear objective? Like any challenge we bring to the classroom, there is a purpose behind it.

Maybe your purpose in introducing a game is to break the ice at the start of the lesson and get students ready to learn. Maybe it’s to contextualize a topic, give a quick brain break, or to review vocabulary. But your purpose could also be something more ambitious, like to build community, strengthen communication skills, or give students an opportunity to collaborate. These are not easy skills to learn, but purposeful gaming can allow them to be developed and refined.

2. Aim for collaboration over competition

Keeping in mind the purpose of building essential skills, we might consider games in which students work together to solve a problem or achieve a goal. Rather than competing against each other, what if they competed against themselves, with the support of peers? How about a game where everyone wins—but only when everyone works together?

For example, let’s revisit a classic guessing game, charades. Rather than individual teams earning points, how about the class trying to guess a certain number of words in a fixed amount of time? And then, instead of one person being put in the spotlight, what if we reversed it? The student in the “hot seat” must guess a word or phrase that is revealed to the rest of the class, and it’s the class that acts out the clues. The person (or people—there’s less pressure when working alongside someone) in the hot seat gets to watch everyone mime frantically to provide clues. When the game is repeated in a later lesson, students can try to beat their best score from previous rounds. Success is found in the group’s ability to work together. (And I can guarantee that it is accompanied by lots of laughter!)

Like the game described above, I often modify games that I used to play (or still play) with friends, adapting them to fit my teaching objectives. Small tweaks can make big changes. Sometimes I combine features of two games to create a new, unforgettable hybrid. Other times, a theme or skill in the lesson will remind me of a game I once played, and I’ll look for ways to adapt it to complement the lesson in the book. Even some of those old theater games I used to play have taken on a new role in my classes.

Anything involving creativity also involves the sharing of ideas. I regularly search online for game ideas and adapt them to my context. And I love swapping ideas with colleagues. Sometimes another teacher has just the right adjustment to an idea I found, or vice-versa. There’s an improv game called “Yes, and…,” in which players affirm and add to what the other one says. That’s an attitude that I try to share with peers and students alike, and it’s one that can lead to some great innovations.

4. Get students involved in making and adjusting the rules

There is always some risk involved in introducing something with unexpected outcomes. That’s why students’ feedback combined with the teacher’s assessment of how the objective was or wasn’t achieved is essential. Along with that, how about inviting students to add their own ideas to improve a game? Or taking it a step further, how about providing groups with a few objects and parameters and challenging them to invent their own game? This not only provides the opportunity for collaboration, but also for critical thinking as students work out the variables and try to make the game fair yet fun. The rewards are well worth the risk.

Finally, let’s go back to that shy kid who couldn’t stand to give a book report in front of the class, but who discovered self-expression through different kinds of communication. It was games—those involving playful challenges, motivating me with peer connection—that brought me out of my shell and made me stand firmly. (And eventually gave me confidence to speak in front of others—even in a foreign language!) Let your students experiment with a variety of games and playful activities. Some will take to certain ones more than others. Some might be easily convinced, if not eager, to try a new challenge, while others will need to adapt their role to make the activity right for them. Let students take control of their learning as they explore different kinds of challenges. Encourage them as they show off their talents, and challenge them as they discover skills, they might not have known they had. And, in all of this, have some fun! 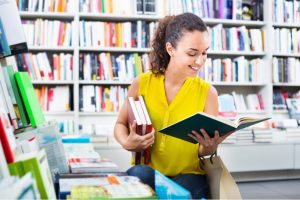 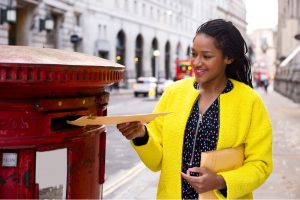 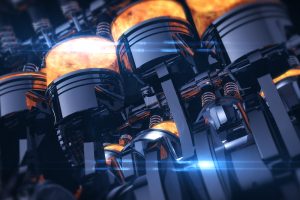